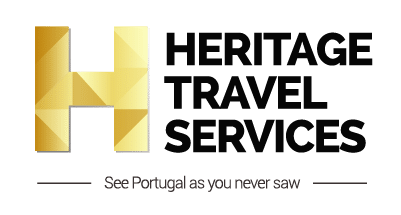 With dedication and excitement, we love what we do! 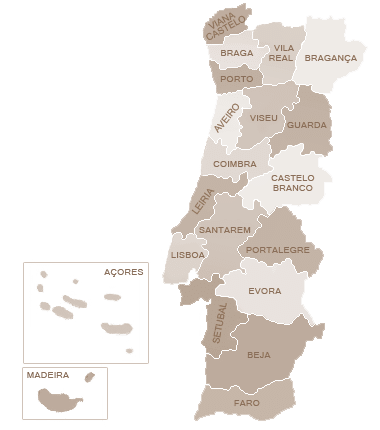 See Portugal as you never saw 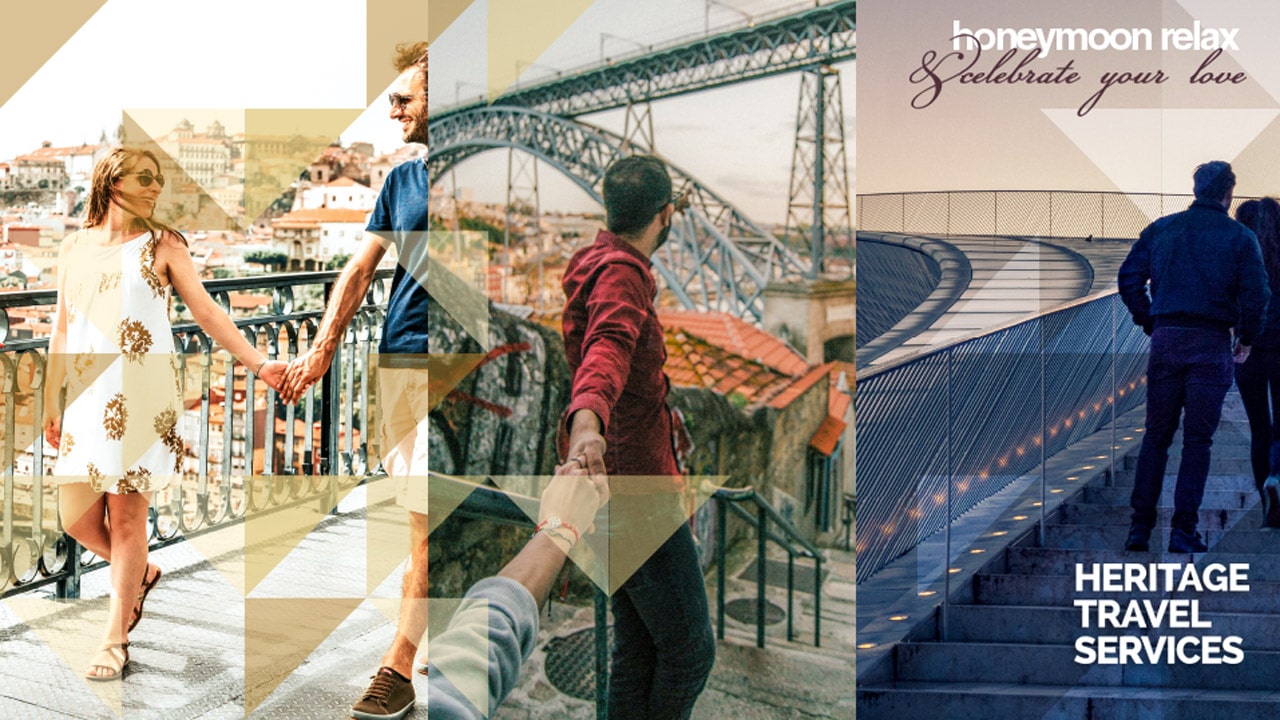 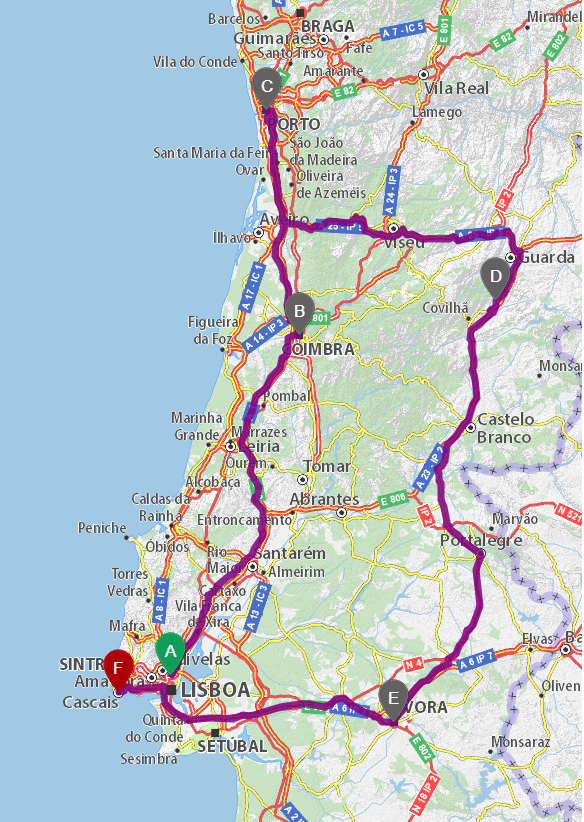 After the wedding ceremony and a wonderful reception, comes the most-awaited moment: your honeymoon, a trip for you both to relax and celebrate your love for each other.

In the world of travel, Portugal is one of the hottest vacation destinations right now and for good reason. From its rich history to its unparalleled wine and food scene, picturesque beaches, and lush mountain regions, Portugal has the makings of a truly unforgettable honeymoon.

Check out why you need to pick Portugal for the most magical trip of your lifetime and get planning before the secret’s out.

See Portugal as you never saw 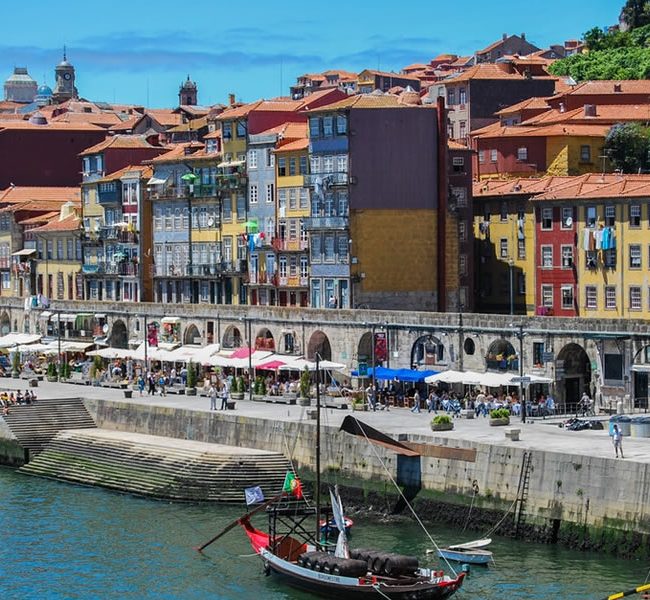 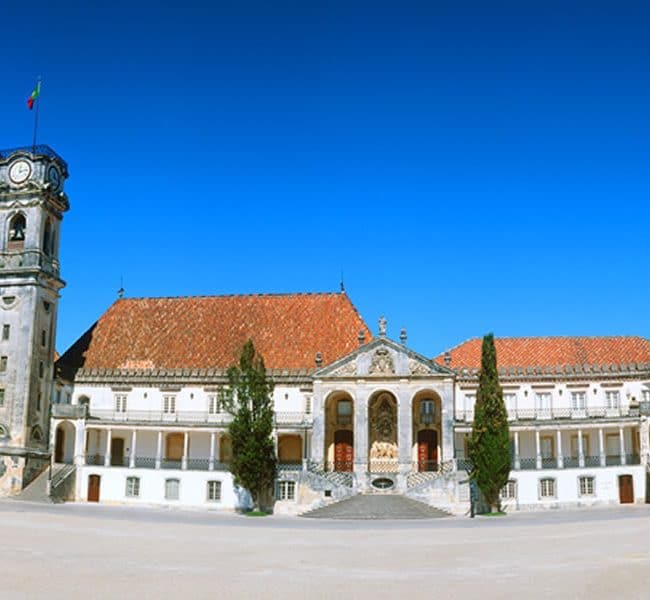 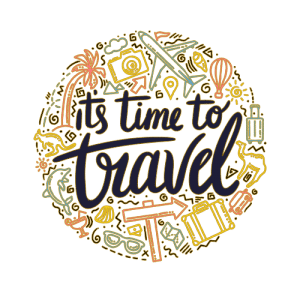 Arrival at Lisbon International Airport. Assistance at Lisbon Airport and tranfer to Lisbon with 02 hours panoramic view of the city of Lisbon. The coolest city of the moment and considered the best city break in the world according to World´s Travel Awards. Indulge yourself across the glamorous Avenida da Liberdade, starting the route in the majestic Marquês de Pombal Square to Rossio, historic center. Restaurants, shops and bars here and there. Just a stone's throw from the Moorish quarter, stroll through the narrow, winding alleyways with stunning views. Contemplate the Tagus of the Terreiro do Paço, place from where the caravels left in search of new seas.

Along the river enjoy the great monuments as Tower of Belém and Jerónimos Monastery the UNESCO World Heritage, two magnificent examples of the Gothic Manueline and the Monument of the Discoveries landmark erected in 1960. At the end of the day a romantic sunset boat trip , for you to see the city of Lisbon from another perspective. Enjoy the trip. Lunch & Dinner free. Overnight at the hotel in Lisbon.

Breakfast at the hotel. Our local guide will meet you at the hotel to take you through the most romantic belvederes of Lisbon. On this tour you will get to know the history of the “Old Lisbon” and its secrets for you to self-explore after your best spots. Lunch Free.

Fado dinner & performance in an unique and mystical place that was once a chapel of the 18th Century, out of the main touristic path and were you will be able to listen and breath the authentic Portuguese Fado. Overnight at the hotel in Lisbon.

Breakfast at the hotel. Today our private driver will meet you at the hotel to take on you on a full day tour to Unesco and Enchanted Sintra, that is, by excellence, the most mystical and romantic destination in Portugal and considered a Unesco World Heritage Site. His sudden and mysterious mists; the farms, palaces and mansions that dot the green of the mountains; and the novels, poems and other works of art he has already inspired; have helped to make this village a unique destination, magical and absolutely enthralling. A picturesque Portuguese village located in the center of the hills of the Serra de Sintra. This slightly cooler climate attracted the nobility and elite of Portugal, whose build exquisite palaces, extravagant residences and decorative gardens. In the historical center there are beautiful cobbled streets, filled with shops and traditional cafes.

According to your time and preferences here are some suggestions to visit: The National Palace of Sintra, with medieval architecture, Gothic, Manueline, Renaissance and romantic; The National Palace of Pena of the nineteenth century, represents one of the main expressions of romanticism, was considered the most beautiful "castle" in Europe by the European Best Destinations Tourism Organization.

Admire the Castle of the Moors, Quinta da Regaleira, Palace of Seteais, Jardins de Monserrate. Sintra, as the famous British poet and traveler Lord Byron  wrote that is "perhaps in every respect the most delightful in Europe”.  During the tour you will go on a carriage ride in the Park of Pena that will provide a trip back in time. Lunch & Dinner free. Overnight at the hotel in Lisbon.

Breakfast at the hotel.  Check out of the hotel and head Óbidos before getting to Coimbra. The medieval village of Óbidos is one of the most picturesque and well preserved in Portugal. Already occupied before the Romans arrived in the Iberian Peninsula, the town became more prosperous from the moment it was chosen by the royal family and classified as a UNESCO World Heritage Site. Within walls, we find a well-preserved castle and a labyrinth of streets and white houses that enchant those who walk there, considered a 7 wonders of Portugal. Between Manueline porticoes, flowered windows and small openings, there are several reasons to visit, good examples of the religious and civil architecture of the village's golden age. The Mother Church of Santa Maria, the Church of Mercy, the Church of San Pedro, the Pelourinho and, outside of walls, the Aqueduct and the Sanctuary of the Lord Jesus of the Stone, of round plant, are some of the monuments that justify an attentive visit , As well as the Municipal Museum of Óbidos. Discover the romantic city of Coimbra, home to the oldest and most prestigious university in the Iberian Peninsula after Salamanca. The University of Coimbra is one of the oldest in the world still in operation (728 years), and one of the largest in the country. On 22 June 2013 it was declared a UNESCO World Heritage Site. we can also visit the magnificent 18th-century Johannine library located in the Palace of the University of Coimbra and witnessing one of the most dramatic romantic tales in the Portuguese history, the forbidden love of D. Pedro & D. Inês de Castro. Lunch & Dinner free. Overnight at the hotel in Coimbra.

Breakfast at the hotel. Check out of the hotel and head Aveiro. Aveiro, with beautiful  Art Nouveau buildings next to the river channels, where you will be able to do a traditional Moliceiro boat trip along Aveiro's City Canals (with pastry tasting included!).

Lunch & Dinner free. Overnight at the hotel in Porto.

Breakfast at the hotel. Check out the Hotel and continue inland to the Historical Villages of Portugal, to Belmonte. Before getting to Belmonte, do not miss Sortelha, another historic village of Portugal and believe that somehow you will get back in time and stopped history.  A charming small historical village, hidden and protected in the majestic defensive castle walls. Belmonte known for its rich Jewish Heritage. The discovery of crypto jews in Belmonte (the only resilient community in the entire Iberian Peninsula to 300 years of inquisition) was made in 1915 by a jew mining engineer, Samuel Schwarz (1880-1953), who was born in Poland. Probably one of the most unique aspects of Belmonte is its variety of interesting museums. Why not check out Museu dos Descobrimentos (Museum of the Discoveries)? This museum is devoted to maritime Portuguese discoveries, in particular the discovery of Brazil by Pedro Álvares Cabral in the 15th Century. Or, if you really want to get stuck into Belmonte history, you could try Museu Judaico De Belmonte, also proudly proclaimed as the first Jewish Museum in Portugal. This museum portrays the history of Jewish people in Portugal and aims to raise awareness of this community’s contribution to art, literature, commerce and culture. Belmonte also has an Olive Oil Museum (or Museu do Azeite). With all these glorious attractions on offer in Belmonte, you can easily discover fascinating history and facts about this historical town during your stay. Another attraction is the Belmonte Castle, a National Monument, is a piece of this town’s history which is not to be missed. Lunch free. Degustation dinner at the hotel with drinks included. Overnight at the hotel in Belmonte.

Breakfast at the hotel. Check out the Hotel and and head south to Évora with a stop in Castelo de Vide, considered to be the most Romantic town of the Alentejo. At the hotel in the end of the day relax with a romantic relaxing and revitalizing massage. Lunch & Dinner free. Overnight at the hotel in Évora.

Breakfast at the hotel. In 1986, the city's historic center was declared a World Heritage Site by UNESCO, stood out for its various historical monuments in contrast to the white houses that were inspired by the Islamic Art of Alandalus. Visit the cathedral with interesting Gothic details, The Roman Temple of Evora, known as the Roman Temple of Diana, and the strange, most impressive, century-old Bones Chapel located in St. Francis Church. It was built in the 17th century on the initiative of three Franciscan monks who, in the spirit of the time (Religious Counter-Reformation according to the norms of the Council of Trent), intended to convey the message of the transience of life, as can be deduced from the famous warning at the entrance : "We bones here are waiting for you." Lunch & Dinner free. Overnight at the hotel in Évora

Breakfast at the hotel. Check out at the hotel. Last stop but not least Cascais. Cascais is a delightful Portuguese fishing town and is the Lisbon’s coastline most popular holiday destination. The town is situated on a beautiful coastline, and during the summer it is a bustling resort, with a buzzing holiday atmosphere. Historically, Cascais was a minor fishing village, until King Luís I (1838 - 1889) choose it as his royal summer retreat. Trailing the Portuguese nobility were the high society of Portugal, who in turn constructed lavish villas, ornate mansions and exquisite gardens. Today, Cascais is an elegant fusion of decorative 19th-century architecture, traditional Portuguese charm and outstanding tourist facilities, which together creates a magnificent holiday destination. Drop of rental car at the Rental Car desk in Cascais until 06.00pm. Dinner included with a degustation of the typical Portuguese “Tapas” in a cozy and charming atmosphere with stunning views over the ocean. On this gastronomy experience you will be able to sample by the glass some of the 48 of the finest Portuguese Wines (Wines not included). Lunch free. Overnight at the hotel in Cascais

Today our driver will meet you at the hotel to drive you to Lisbon airport. Haver a nice flight back home 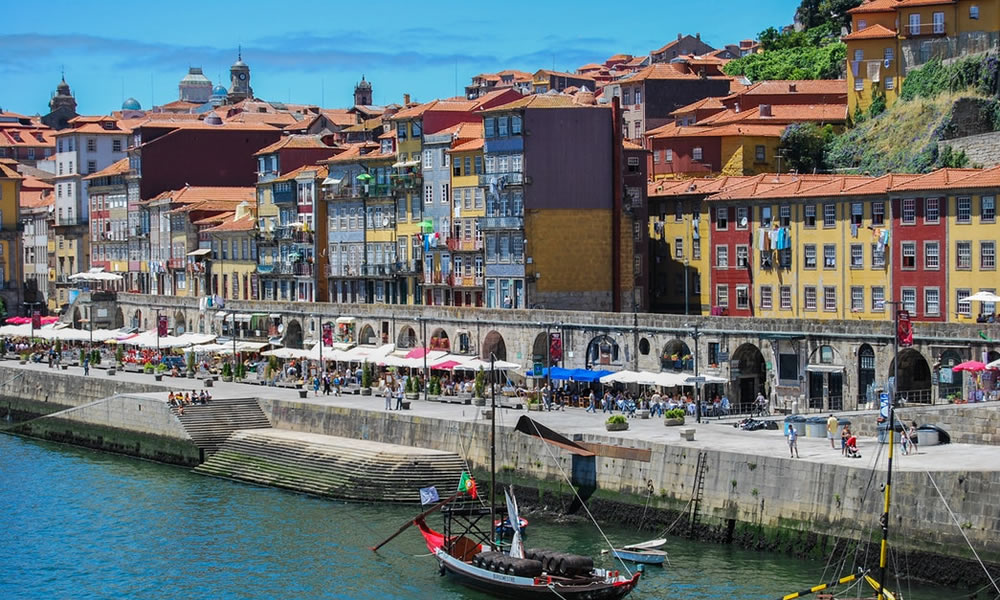 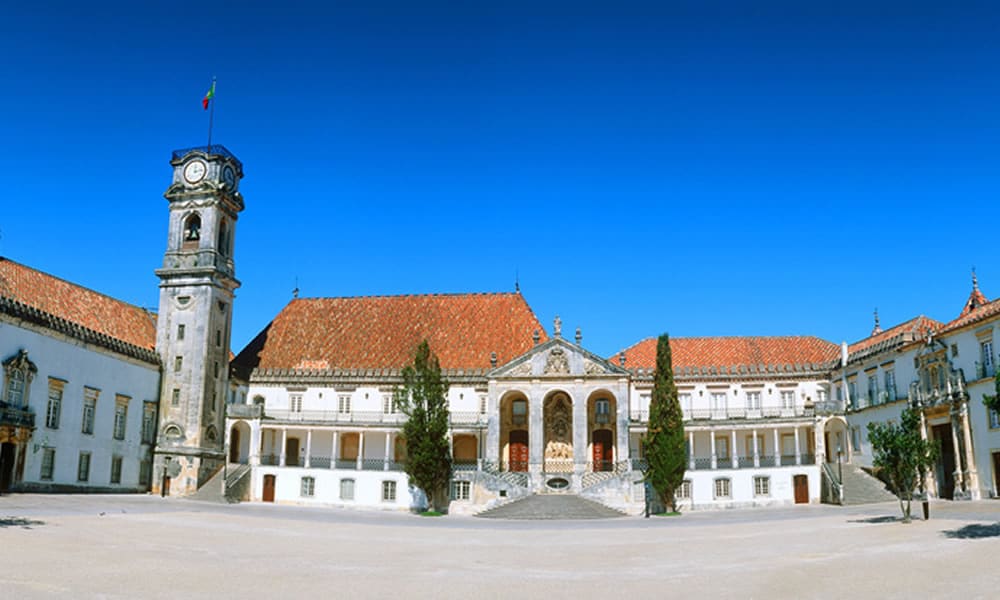 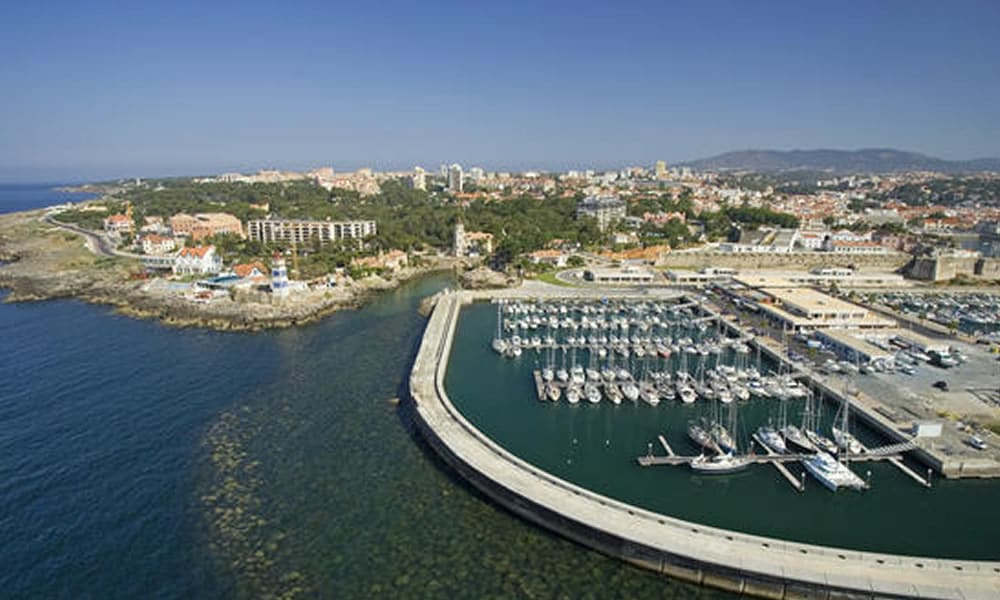 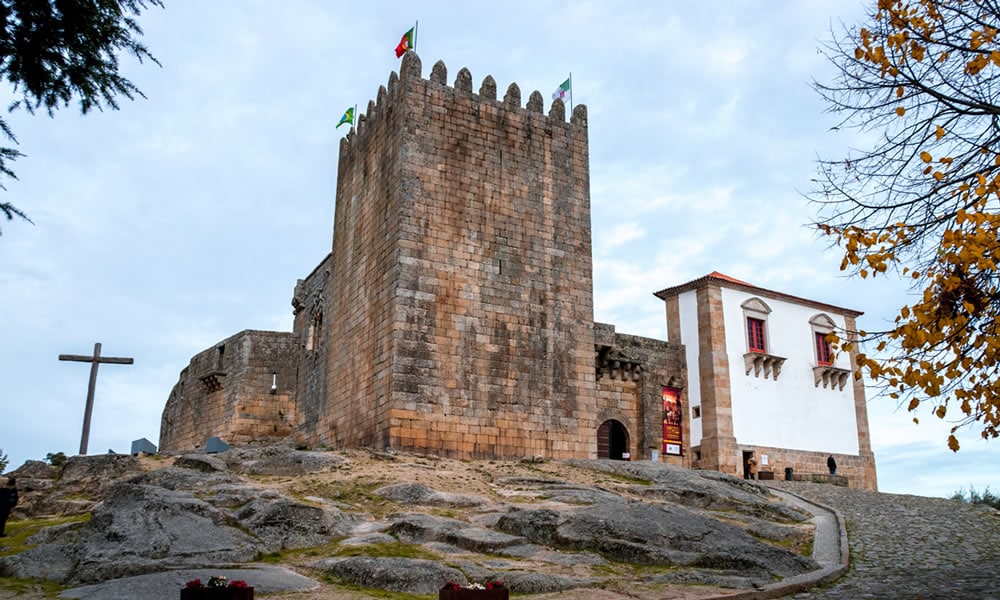 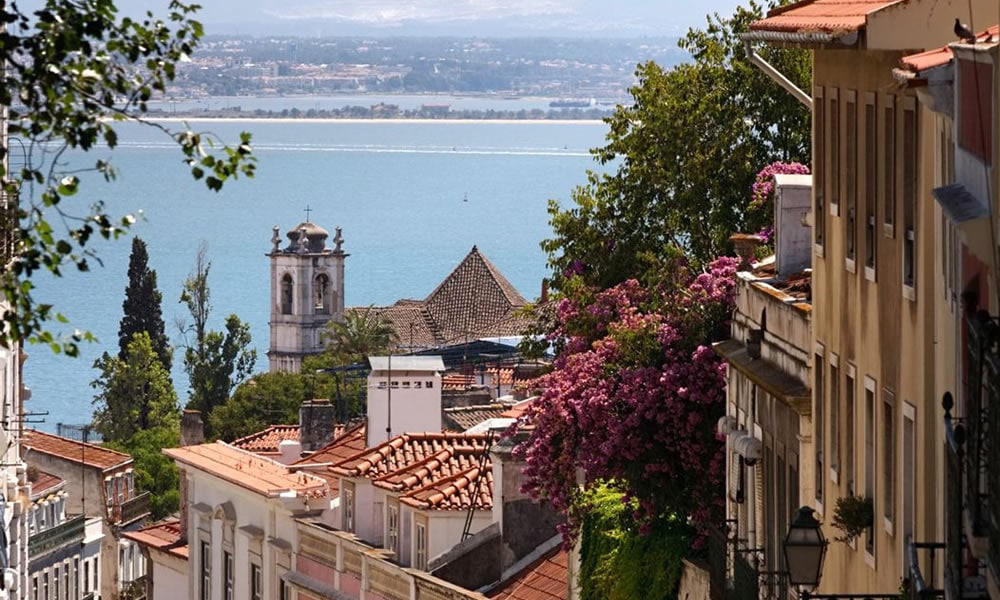 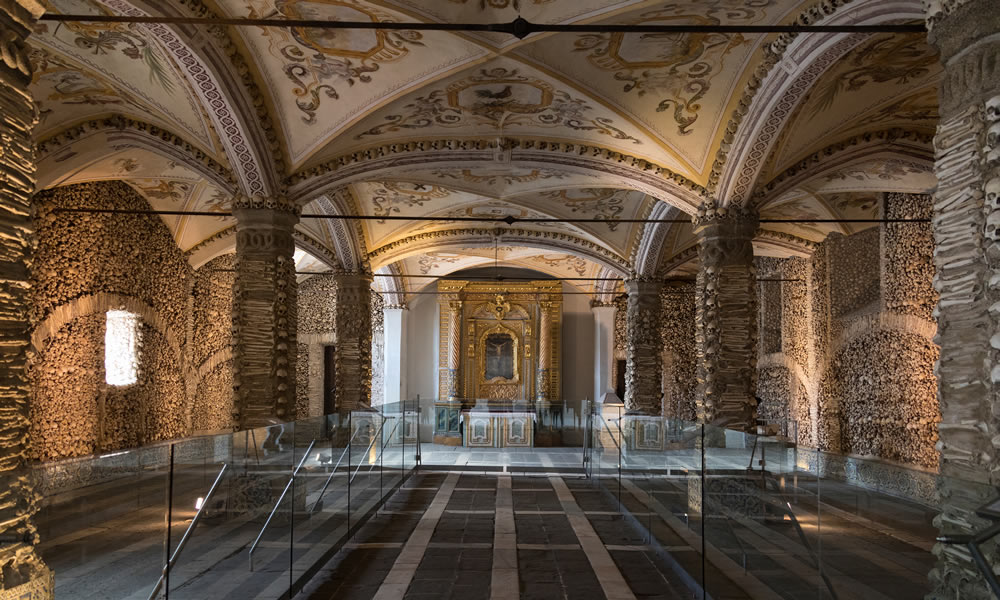